NA industriservice was founded in 2015 by Niklas Liljenberg and Anders Brodin.

These guys met in 2006 when working together as Service Engineers, servicing cranes and gantries all over the Southern part of Sweden. In 2007 Anders accepted the role as a Regional Service Engineer in the laundry business while Niklas stayed on servicing cranes. However, in 2012 Niklas decided to have a go at the Industrial Laundry Business and accepted the role as a Service Manager at a local laundry in Malmö.

It so happened that Anders had been a part of the build and start up of the new laundry in which Niklas now worked as the local technical wizard. The rest is, as they say, history. Niklas and Anders had again the fortune of  being able to combine their work skills and knowledge, resolving issues and servicing machines.

It's almost like NA industriservice were meant to be... 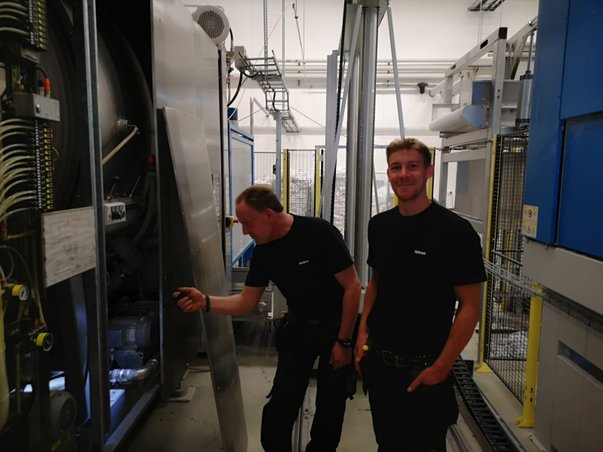 We offer service, maintenance and sales of machines for the industrial laundry business in Sweden. It is important for us to provide that service regardless of which brand of machinery. Therefor it is equally important for us to stay independent and cultivate good relations with several manufacturers and suppliers.